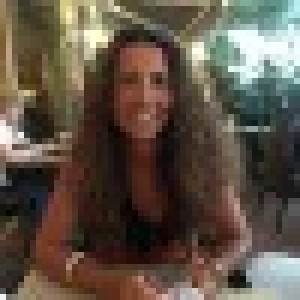 My journey to becoming a hypnotherapist is a rather unusual one.  A little over two years ago I suffered from a serious bout of flu and was subsequently diagnosed with post-viral chronic fatigue.  It came at a point in my life when I had been under immense, chronic stress for a sustained period of time in both my personal and professional life and I had literally ‘burned out’.

At the time, I was newly divorced with two relatively young children.  Professionally, following redundancy from an education consultancy role and a period of job uncertainty, I was four months into a new role as a Head of Faculty at a large secondary school and was keen to make a good impression.

The symptoms I had been experiencing prior to falling ill had been mistaken for early signs of the menopause. I had just hit 40 and had been complaining of low mood, extreme exhaustion, night-sweats, night-waking, food cravings, amongst other things.

What’s more, I had allowed myself to wallow in my troubles, my diet had become overloaded with carbohydrates and sugar, my alcohol consumption had shot up, I was over exercising and I was working well into the night most weekday evenings, surviving on very little sleep.

So, what happened next, following my illness and subsequent diagnosis? Well, I sought out alternative therapies, I altered my diet and I rested, waiting for the fatigue and its related symptoms to pass.  And so I waited…and waited…and waited… Yes, there was an improvement and, yes, I was able to slowly go back to a vague sense of ‘normality’, but fatigue was never very far away and my days had to be planned carefully so that I could avoid the debilitating ‘crashes’ that I suffered from when I overdid it.

During what should have been my recovery period, the stress in my life remained high – I couldn’t simply walk away from my highly pressurised job, my father became ill and I was coming to terms with my divorce. I knew that I needed to find a way to address the way I was coping with stress in order to start on a journey towards recovery.

I think the most ground-breaking realisation for me was when I recognised that I needed to change the way I was thinking and responding to stressful situations.  I had always classified myself, amongst other things, as a worrier, a perfectionist, an over-analyser, over-sensitive and a people pleaser.  This, I came to realise, is not uncommon, and, like so many others, I had normalised these patterns of thinking and behaviour.

So, what did I do to change habits that had been engrained in my brain for over 40 years? I embarked on a series of sessions with a solution focused hypnotherapist.  Solution focused hypnotherapy focuses on solutions and goals and blends talking therapy with hypnosis and is very effective in alleviating conditions such as stress, anxiety, anger, sleep problems, pain and so much more.  The sessions taught me about my brain and its plasticity: we really can alter its make-up by thinking differently.  With positive thought came positive action and rapid changes started to take place.

Within weeks, I started sleeping without waking during the night, something I had not done for a year or more.  My confidence started to return and I was able to take control of the obsessive pattern of worry and negative thoughts that had been plaguing my brain for so long. What’s more, I started to laugh again, which for me is a natural state of being, and my joy in living returned.

About six months after I started my treatment, I decided to start training as a hypnotherapist myself, which led me to pursue a career that I love. I now run a private practice from a dedicated therapy room in my home and plan to expand to other centres very soon.

I am grateful for having experienced something so intense that made me re-evaluate what life is really all about as it has helped me set out on a journey towards improving the way I will live my life, forever. I am now able to lead a full and varied life, loving each day.